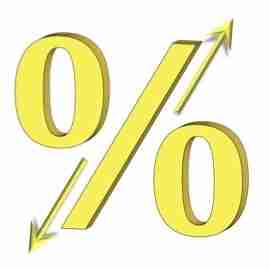 The Federal Reserve has finished tapering its asset purchases and ended the six year, systematic, large, monthly purchases of government and mortgage bonds known as QE (Quantitative Easing.) The Fed will continue to purchase Treasury and Mortgage Securities every month to maintain the current asset levels on the balance sheet of over $4.5 Trillion. There is no indication when it will begin to let current holdings mature and not replace them.

For immediate release
Information received since the Federal Open Market Committee met in September suggests that economic activity is expanding at a moderate pace. Labor market conditions improved somewhat further, with solid job gains and a lower unemployment rate. On balance, a range of labor market indicators suggests that underutilization of labor resources is gradually diminishing. Household spending is rising moderately and business fixed investment is advancing, while the recovery in the housing sector remains slow. Inflation has continued to run below the Committee’s longer-run objective. Market-based measures of inflation compensation have declined somewhat; survey-based measures of longer-term inflation expectations have remained stable.

Consistent with its statutory mandate, the Committee seeks to foster maximum employment and price stability. The Committee expects that, with appropriate policy accommodation, economic activity will expand at a moderate pace, with labor market indicators and inflation moving toward levels the Committee judges consistent with its dual mandate. The Committee sees the risks to the outlook for economic activity and the labor market as nearly balanced. Although inflation in the near term will likely be held down by lower energy prices and other factors, the Committee judges that the likelihood of inflation running persistently below 2 percent has diminished somewhat since early this year.

The Committee judges that there has been a substantial improvement in the outlook for the labor market since the inception of its current asset purchase program. Moreover, the Committee continues to see sufficient underlying strength in the broader economy to support ongoing progress toward maximum employment in a context of price stability. Accordingly, the Committee decided to conclude its asset purchase program this month. The Committee is maintaining its existing policy of reinvesting principal payments from its holdings of agency debt and agency mortgage-backed securities in agency mortgage-backed securities and of rolling over maturing Treasury securities at auction. This policy, by keeping the Committee’s holdings of longer-term securities at sizable levels, should help maintain accommodative financial conditions.

To support continued progress toward maximum employment and price stability, the Committee today reaffirmed its view that the current 0 to 1/4 percent target range for the federal funds rate remains appropriate. In determining how long to maintain this target range, the Committee will assess progress–both realized and expected–toward its objectives of maximum employment and 2 percent inflation. This assessment will take into account a wide range of information, including measures of labor market conditions, indicators of inflation pressures and inflation expectations, and readings on financial developments. The Committee anticipates, based on its current assessment, that it likely will be appropriate to maintain the 0 to 1/4 percent target range for the federal funds rate for a considerable time following the end of its asset purchase program this month, especially if projected inflation continues to run below the Committee’s 2 percent longer-run goal, and provided that longer-term inflation expectations remain well anchored. However, if incoming information indicates faster progress toward the Committee’s employment and inflation objectives than the Committee now expects, then increases in the target range for the federal funds rate are likely to occur sooner than currently anticipated. Conversely, if progress proves slower than expected, then increases in the target range are likely to occur later than currently anticipated.

Voting for the FOMC monetary policy action were: Janet L. Yellen, Chair; William C. Dudley, Vice Chairman; Lael Brainard; Stanley Fischer; Richard W. Fisher; Loretta J. Mester; Charles I. Plosser; Jerome H. Powell; and Daniel K. Tarullo. Voting against the action was Narayana Kocherlakota, who believed that, in light of continued sluggishness in the inflation outlook and the recent slide in market-based measures of longer-term inflation expectations, the Committee should commit to keeping the current target range for the federal funds rate at least until the one-to-two-year ahead inflation outlook has returned to 2 percent and should continue the asset purchase program at its current level.